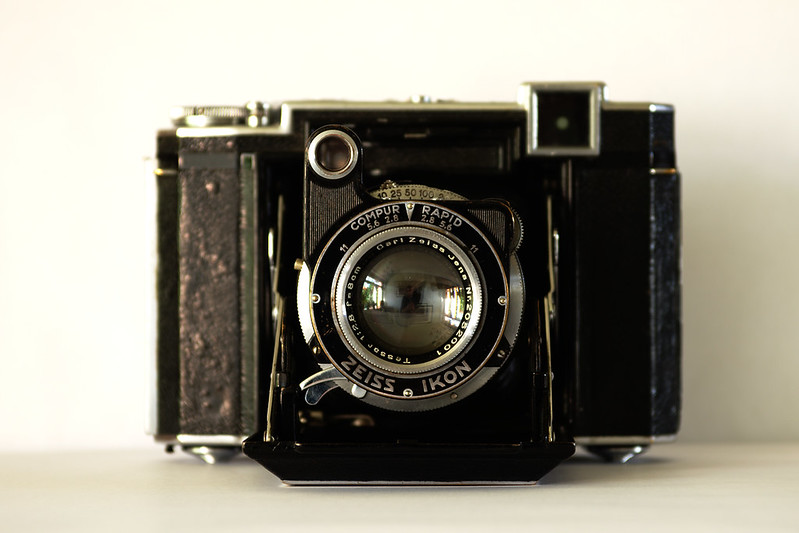 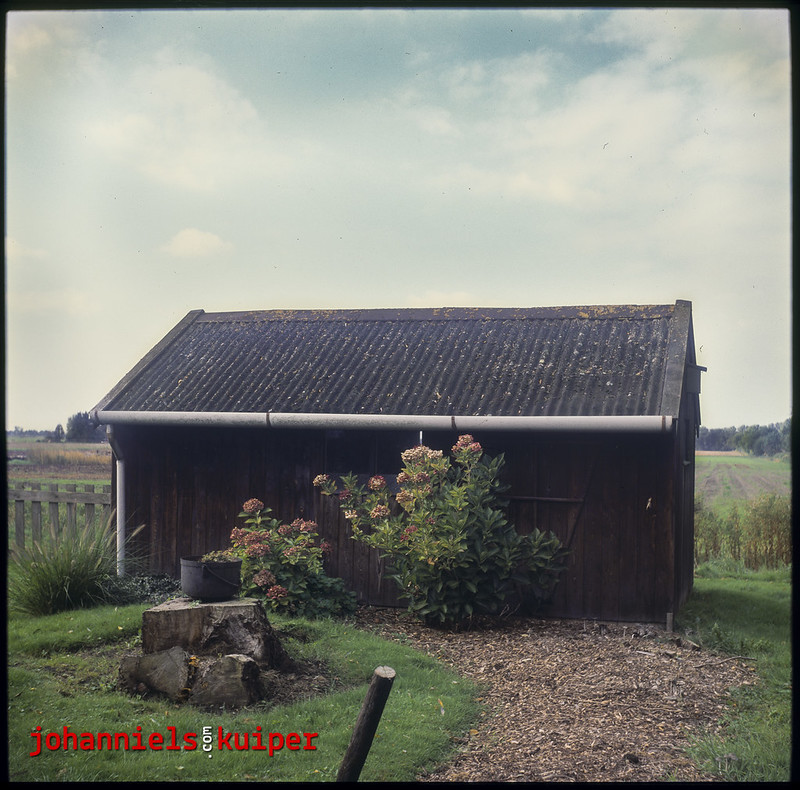 The Garden Shed
Shot in the back yard of my in-laws, on Kodak E100G slide film. You can see the light fall-off in the corners, usually I’d correct it in software but for this case I kept it since it adds to the historical feel of the shot. I love the colors from the uncoated Tessar with this slide film, unfortunately I’ve shot my last roll of it… 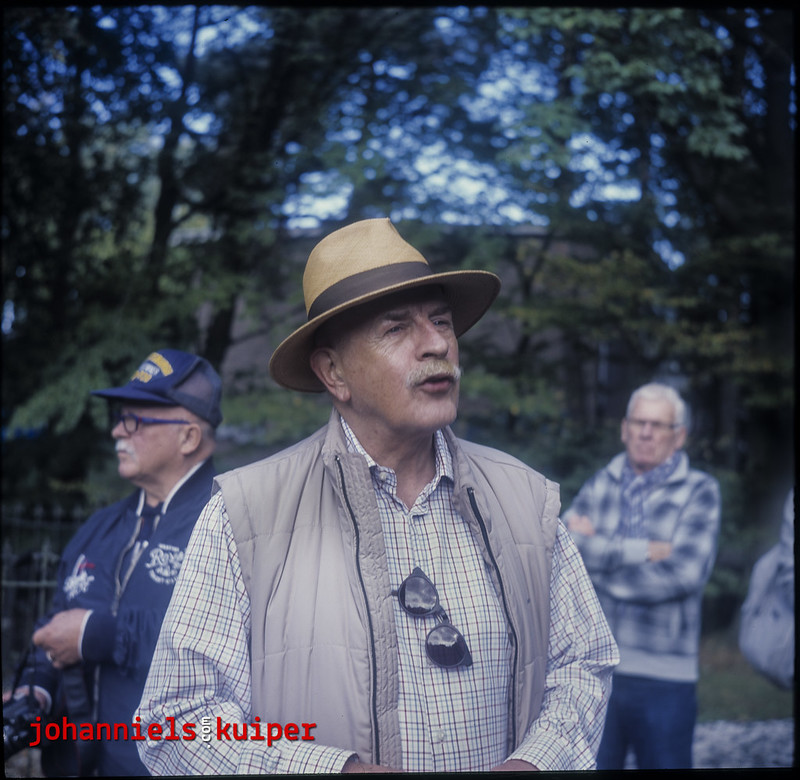 A portrait of my dear friend Lucas, which was slightly overexposed (see the man in the background still glow?) but I was able to correct it to a very sharp and beautifully colored portrait. The Tessar is very well-corrected for its age, this is a pre-war lens and it hardly swirls in the background. I love Zeiss glass. 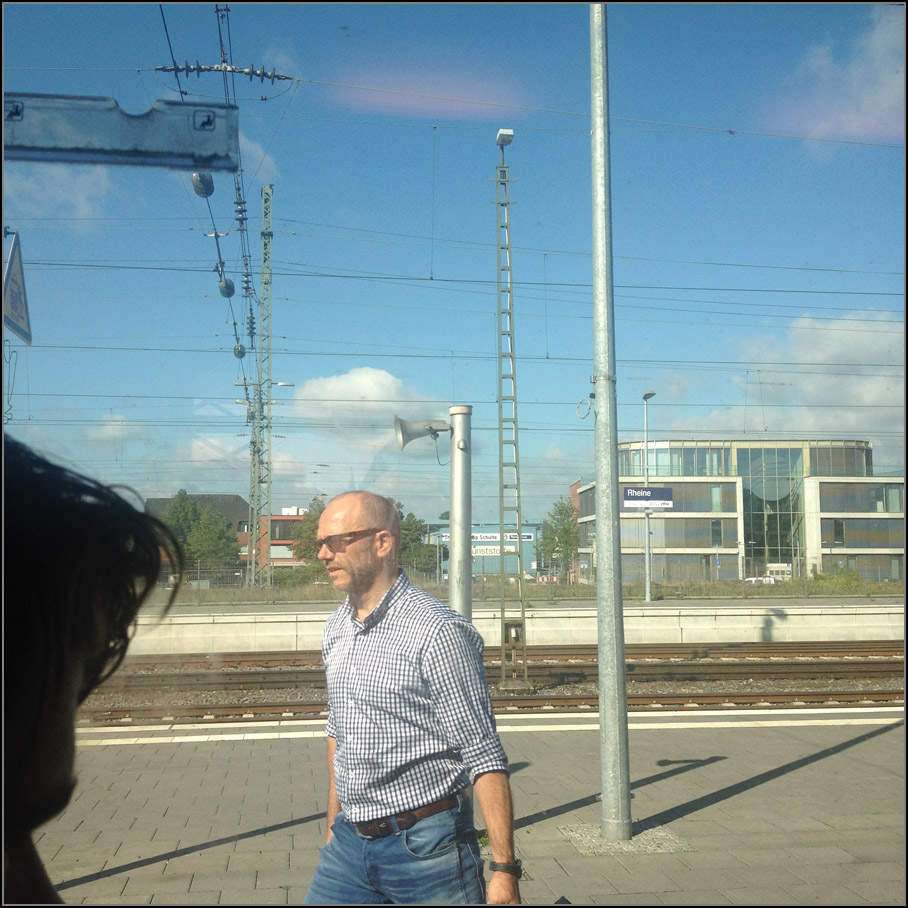 Here’s what the camera can do, shot from a train window at station Rheine, on the way to Berlin in summer 2015, Kodak Portra 160.
Anyway, here’s a table with all the most seen guises of the Super Ikonta models, their year of ‘birth’ and some specifications on them. So you can get your story straight, should you decide to get your own Super Ikonta!
Recently I acquired a Super Ikonta BX that has an uncoated lens, but over time the glass ‘bloomed’ a bit, providing natural coating. I will be shooting that camera with B&W film soon, to see what it can do! Looking forward to that!