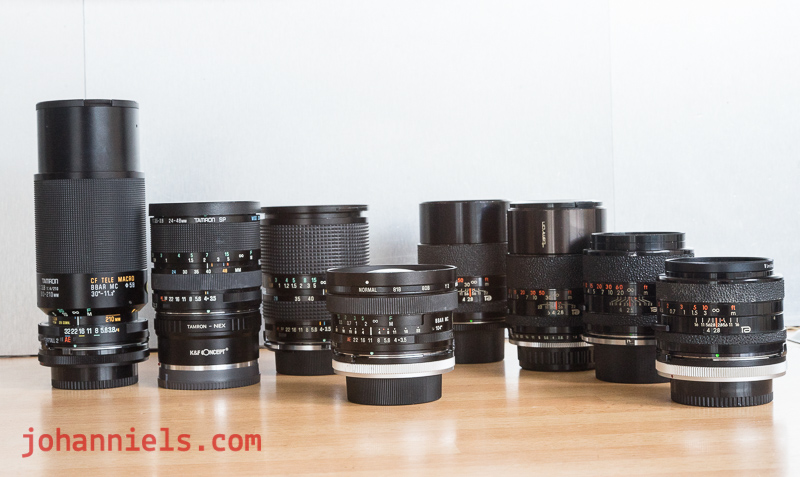 Tamron Adaptall lenses were at one time the bee’s knees of amateur photographer’s kits. They are fun to shoot today and can be had for a song, while performance can be excellent!

Back in the 1970s, anyone getting onto photography would usually buy a camera with a standard lens, in focal length ranging from 40mm (Konica), 45mm (Nikon and Minolta lenses) to a 55mm lens (Fuji, Pentax and many M42 budget brands). But after a while you’d want something more than just the standard lens, and that’s were third parties come in. And in case you’re wondering (I know I was!), the original manufacturer is the first party, the customer is the second party and anyone else trying to take part in the conducted business is third.

So, third party manufacturer Tamron had a bright idea. Why create lenses for all those different proprietary lens mounts that manufacturers created to snare their clientèle for decades to come, when you can create standard lenses with lens mounts that can be swapped? The first effort in the business was the universal T mount, where lenses had a rear screw mount that you could thread an adapter onto. Tamron and other manufacturers made them and they had several incarnations, but in the end weren’t considered a real solution. Funnily they are still a source of much puzzlement today among those who buy lenses online or on flea markets, it looks like an 42mm Pentax screw mount but it isn’t…

Next, Tamron came with their Adapt-a-matic System but it was limited to a number of brands only due to aperture lever location on the lenses etc.

Their third attempt really hit the ball home, the Adapt-all mount did literally that, it adapted lenses to all mounts! As a result, the lenses were sold in huge amounts and nearly any Adaptall lens still is available nowadays.

Some lenses never were big sellers due to their rather specific specifications, this is mostly true for the zooms. Also, zoom lenses generally used to be less sharp anyway since coatings weren’t sophisticated enough yet to remedy lack of contrast or purple fringing in corners and on bright edged. All this was way before the invention of aspherical elements in lenses, remember?

But there were a number of lenses that did not sell very well, but were very good lenses and thus remained well-kept secrets.

It’s not very hard nowadays to hook those terrific lenses up to a modern mirrorless digital camera, or even some digital SLRs. Of course, many of the lenses can be hooked up to modern Nikon and Pentax cameras without any hassle, since those brands never changed their lens mounts to such an extent that the camera would not be able to take an older lens.

And, there’s a host of adapters that allow to use these lenses on the modern Micro 4/3, Fuji-X and Sony Nex cameras! Below you can see two ways of hooking an Adaptall lens up to my Sony A7: by means of a modern Nex adapter, and by adapter stacking the lens with an Adaptall adapter onto another adapter that mounts to the Sony A7. 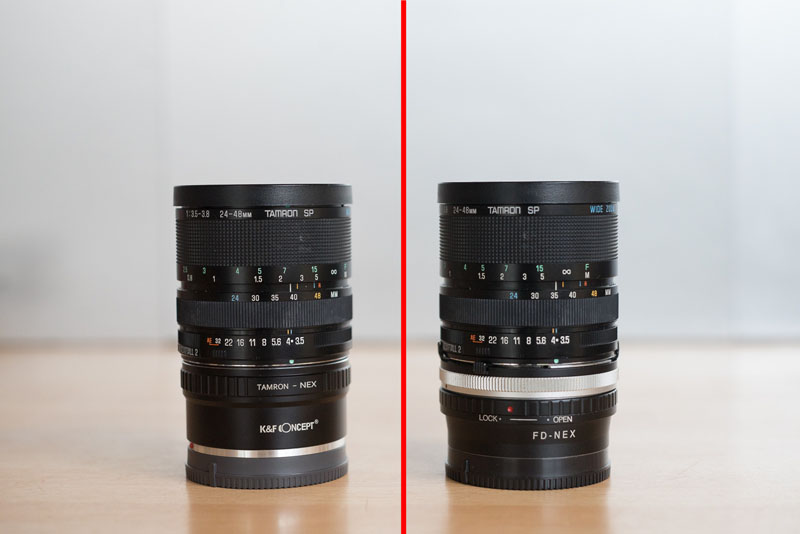 On the left, the modern cheap straight2Nex adapter, on the right the same lens with a Canon FD mount and an FD2Nex adapter.

Now why would anyone opt for option two? Simple! I have a five-piece set of Canon FD lenses for the Sony A7 already and they all need the righthand adapter anyway, so fixing a Canon FD mount to the Tamron 24-48mm lens is much easier in means of uniformity than using the left adapter. The trade-off is that the righthand solution is slightly heavier but not even so much that I got inclined to put them on the kitchen scale and weigh the difference…

Adaptall lenses I currently own, want to own, or want to sell (quality in asterisks)

Currently I own the following Adaptall lens adapters (asterisk indicates most used):

The above picture also shows the design progress that was made during the lifespan of the Adaptall lenses. The ones on the right with the red lettering and the two bands of rubber are the original Adaptall lenses. They ran from 1973 to 1978. They are usually marked ‘BBAR MULTI C.’ on the front in bright green, so you won’t miss that these are coated lenses. Their coating actually is remarkably durable, I have found examples of these lenses that obviously were used for decades already and still had excellent coatings.

The four lenses on the left were the later Adaptall-2 series of lenses where design started to vary during their production span. The mintish blue and greenish letters were a sort of a constant. The most left tele lens is a ‘simple’ Adaptall-2, the other three are from the slightly later ‘SP’ series, another improved line within the Adaptall-2 series. All these lenses are marked ‘BBAR MC’ on the side or front, in white lettering.

In case you want to go online and look for theses lenses, you might want to know what to look out for.

The Adaptalls have tough-as-nails coating, but the lenses are prone to fungus after all these years. So make sure to bring a bright blue LED light when going out to buy old lenses, fungus in the lens will stick out like a sore thumb if you shine through them with the bright blue light.

Aperture rings can be a bit rattly. Test them, they should not produce grinding noises! When they do, decide what to offer the seller.

To see the difference in the boxes, see the image below. Between series 1 and 2, there was a 100% marketing make-over of the line.

When you get adapters offered with the lenses, always accept them. They are small to store, and very useful to have. I have a number of adapters that I have no camera body for, but when I bump into a cheap camera that I have an adapter for, I also instantly have a lens to test the camera with! Later on, the camera can possibly be sold to raise funds for something else. Also, some adapters are pretty valuable by themselves. Nikon and Pentax adapters are always useful since they fit modern cameras, Leica R adapters are pretty pricy!

When you find a lens with no adapter attached, haggle. Don’t let the seller know you have shoe boxes full of adapters at home, point out the lacking adapter and get the lens cheap.

Rear and front caps, boxes, transparent plastic rear caps for adapter-less lenses, anything you find, get it. It’s nicest to have complete lenses with proper caps and often they cost very little when you find them. 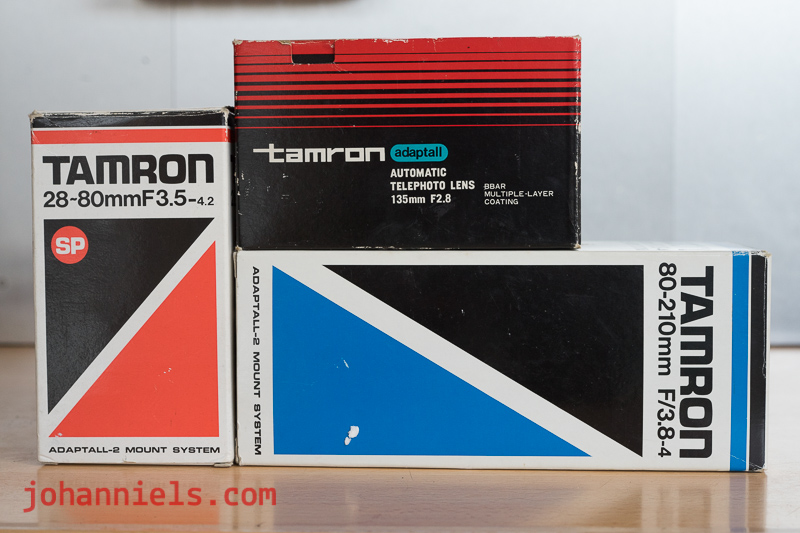 Specifics of my favourite Adaptalls

In the image on the top of this page you can see my favourite Adaptalls. I have bought and shot a few more but some really weren’t that great. Most notably the 70-150mm 3.5 which never was really sharp, had barrel distortion at the wide end and soft edges at the long end. There is also a very hard to find 70-150mm 2.8 SOFT and in my view, the 3.5 lens is the same lens with a slightly smaller aperture and the SOFT control ring left off… A dud if you ask me. I didn’t like it.

The ones I did like, you find below. Later on, I will spruce up this article even more with sample shots of all lenses!

The 28mm isn’t anything special when it comes to 28s, but really, which 28mm lens is? It simply gets the job done, is small and light, and has slightly soft corners, that emphasise the center part of the image. Which in my opinion is perfectly fine for a wide angle, no need for corner-to-corner sharpness with a wide angle anyway. Distortion is present but minimal an very even, so easily corrected in Lightroom. I prefer to shoot this lens on my Sony A7, since correcting the distortion on a film image would warp the film borders which I like to keep visible on my film files…

This is an excellent lens. It is small and not very heavy, it is fast and wide open has a very distinctive softness that is appealing for portraits. Like all other lenses it has low contrast but great sharpness. When stopped down to 4.0 it’s an excellent sharp lens. For B&W film I shoot it with a light yellow filter on it. 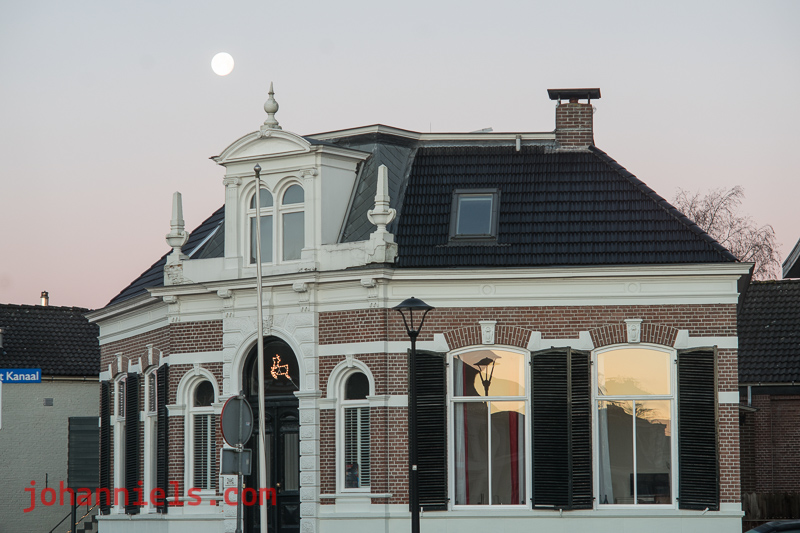 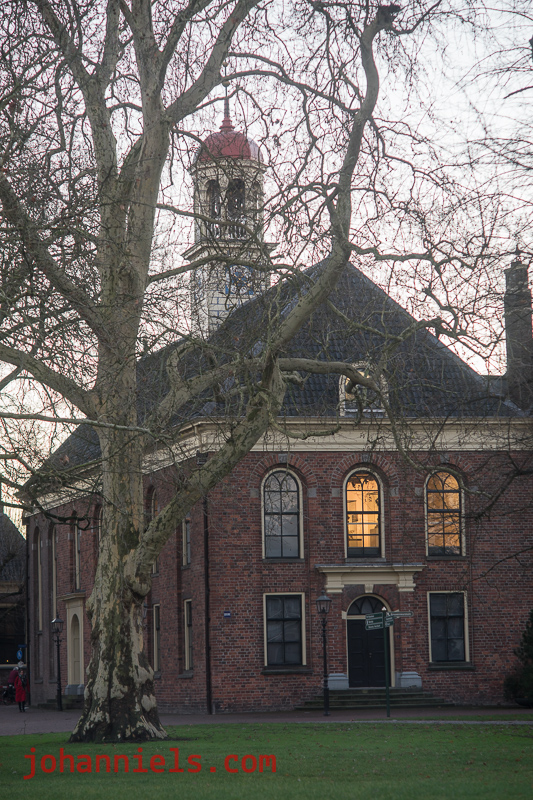 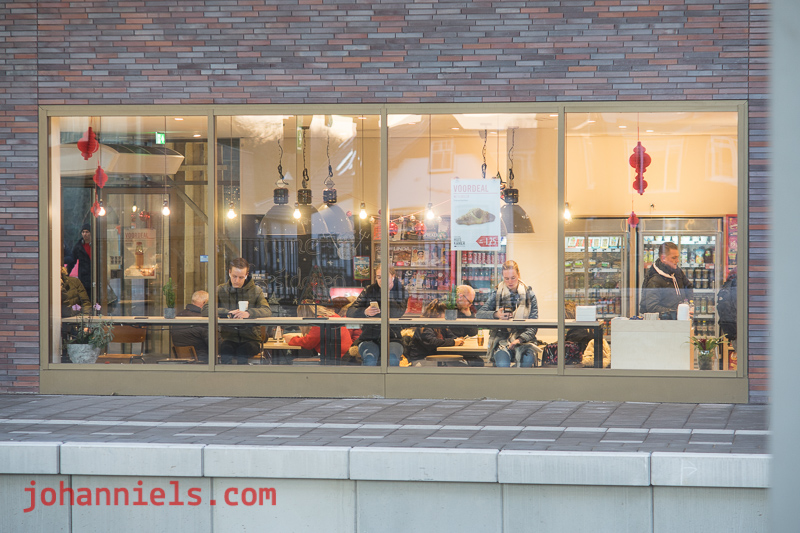 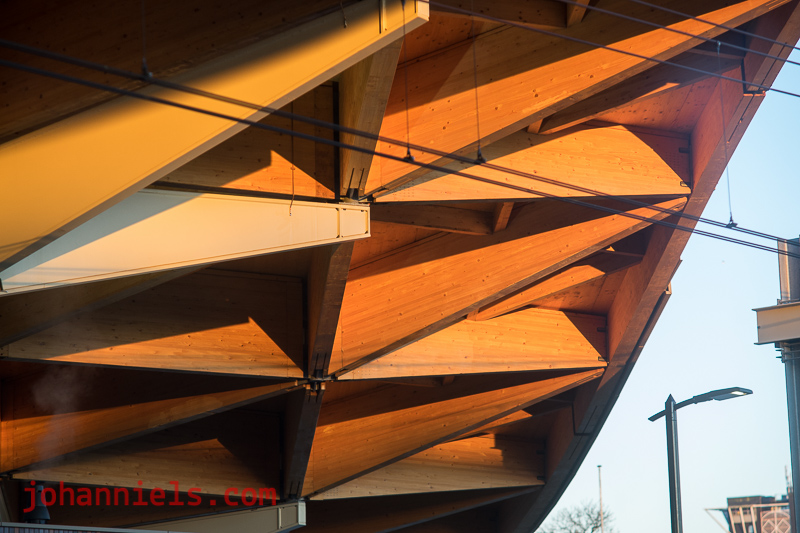 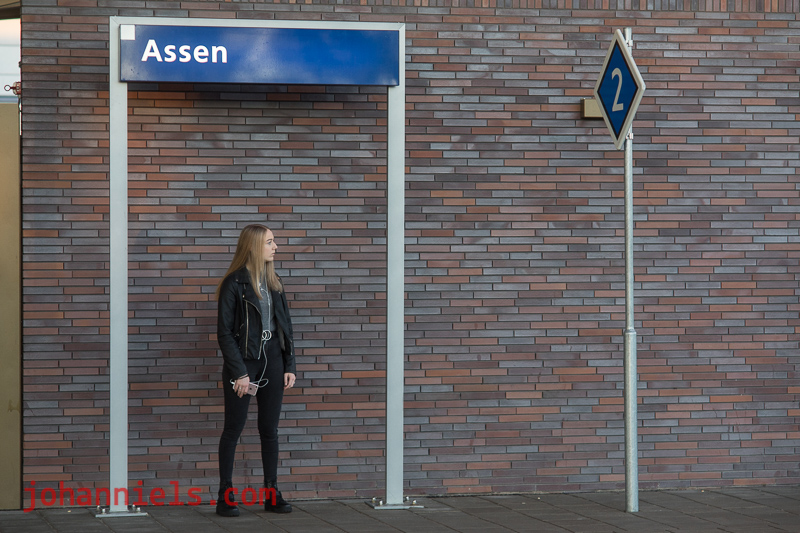 Sharpness is very good, contrast is easily enhanced, NO correction of any pincushioning or barreling was required here, look at the lines, straight as a ruler!

This lens I like so much that there’s actually two of them in the picture at the top of the page, I totally missed lining it up twice for the shot, haha!

Like the 105mm, it is excellent sharp but has terrific bokeh too. A real sleeper in the Tamron Adaptall line-up. Dirt cheap usually, I’ve picked one of those up for five euros in the past! It has a slide-out lens hood with the brand name printed on it in white.

This lens is very flare-prone due to the large front element. I have a hacked-up lens hood (they are 100% tailored to the lens, near impossible to find nowadays) that had the front end replaced by a Cokin stackable type, square hood and it helps. A bit.

The lens is pretty soft. It has an almost constant aperture throughout the zoom range, which is nice. It’s very good for shooting landscapes on a tripod with, if you want sun flares in the image. The hood helps control the amount of flare.

I briefly used it as a reportage allround lens on a Nikon D700 (that was my itention when I bought it)  but the flare made it near impossible to use it like that. Yet, I kept it after I managed to tame it with the hood and tripod.

This is the lens I got for the D700 as a reportage lens when the 24-48mm turned out to be unusable. It was a very good replacement. Nice and sharp, easy to use. Good contrast. Flare resistant!

A word of caution: this is my second specimen of this lens. If you rack the focus to the far ends too hard, it will snap the aged-nylon bushings in the zoom mechanism, your lens will have small rattling noises (broken nylon pieces inside) and it will not focus anymore… I kept lens nr. 1 for parts, still have it. 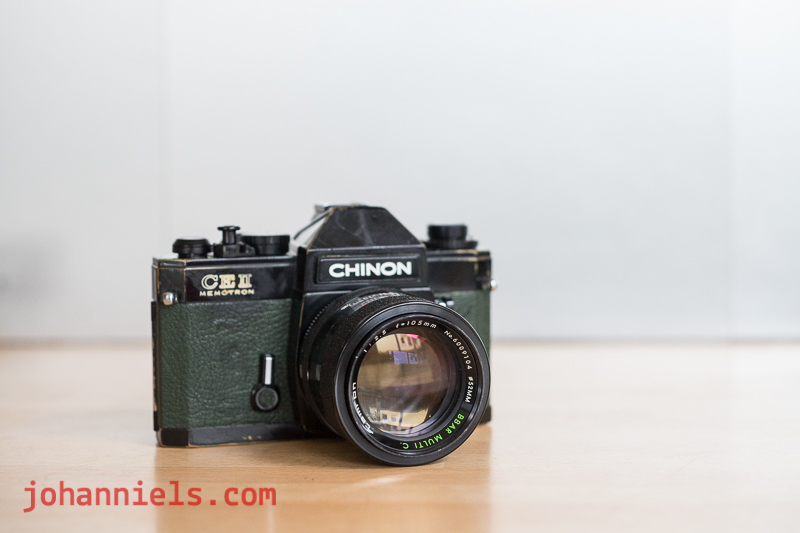 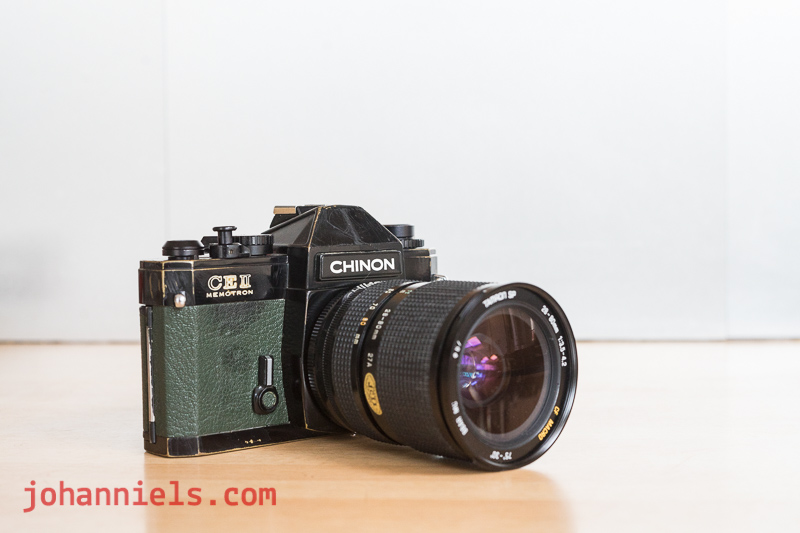 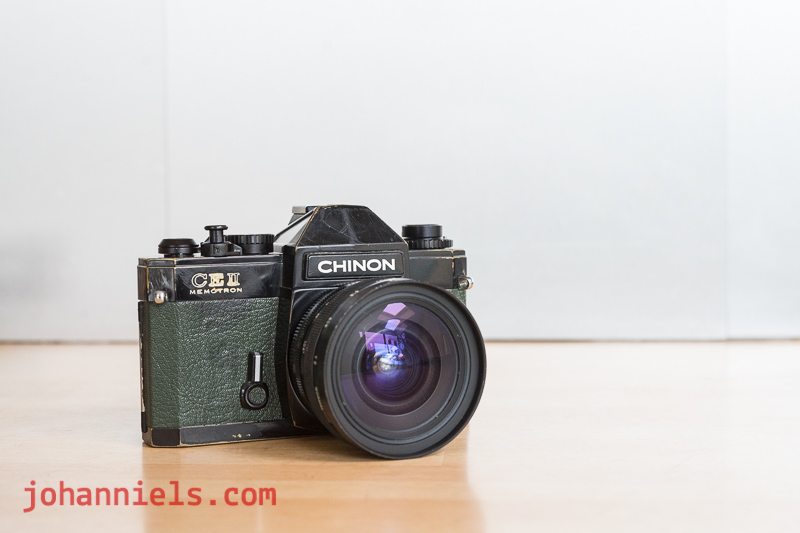 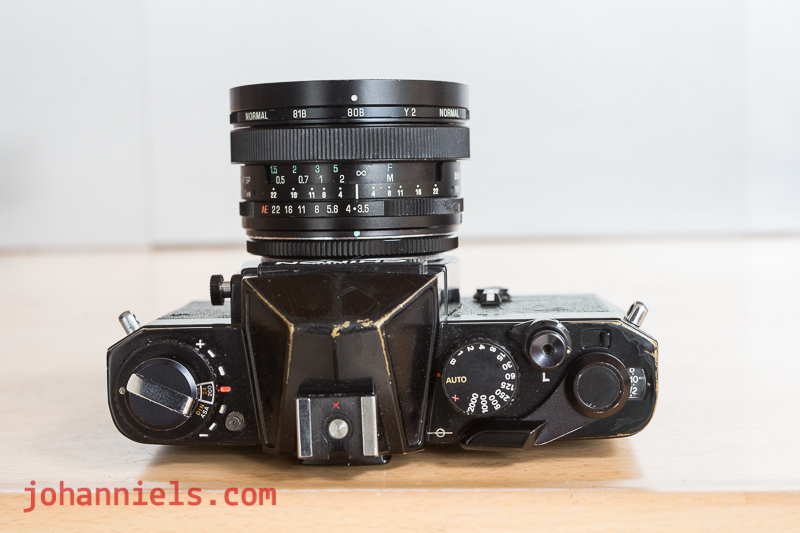