This particular Leica M2 started out it’s life in 1963 and was used by German press photographer Herbert Ahrens until his death. When I bought it, the sticker from his ‘Pressedienst’ was still on the bottom plate. It looked very beat up but was still working flawlessly.

The camera was stripped from its chrome in 2012 and repainted in semi-gloss black paint. The craftsman that did the job spent many hours tapping the dents out and he recoated the camera with seven coats of a special UK military paint. Every coat of paint had its own oven bake to toughen it and was subsequently sanded down a bit to make the next coat stick. Result: a very durable paint job. This camera is eight years older than I am and delivers the image every time.

A shot of re-painted Leica M2 with the then newly-aqcuired Summilux 35/1.4 pre-ASPH. Near-new, cool! It had been used for three rolls only, in 1982! 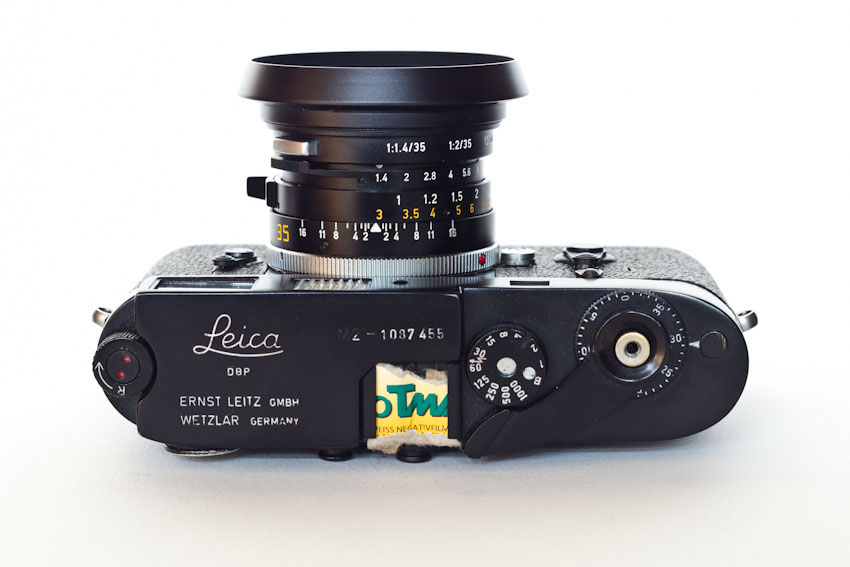 With the hood on, it’s still a very small lens! 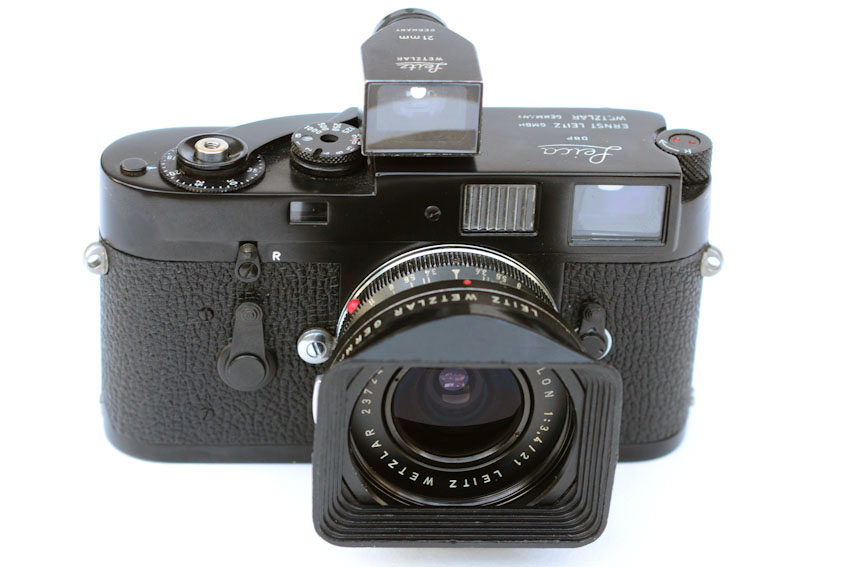 The trusty Leica M2 with my wide angle Super-Angulon 21/3.4 and the auxiliary viewfinder. 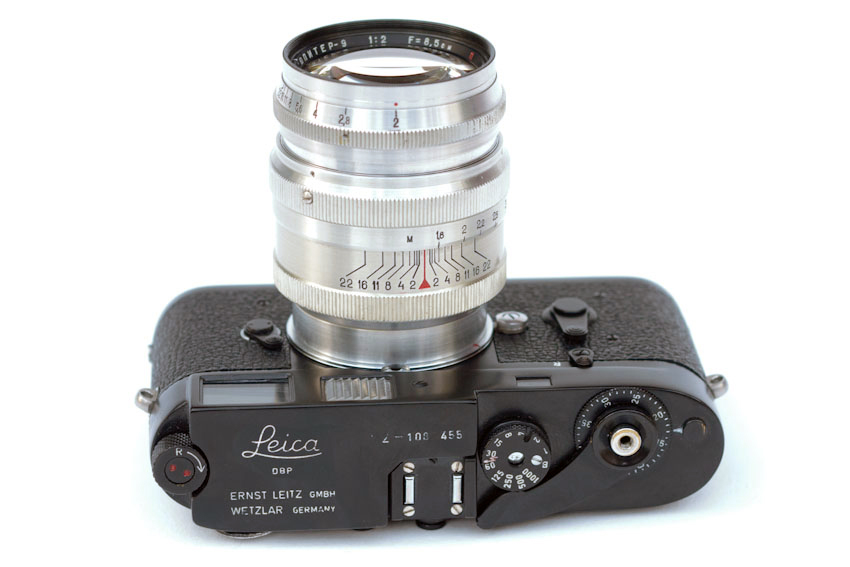 The Leica M2 with a Jupiter-9 85/2.0 LTM lens that left the factory in 1952 set to Leica specs. Elsewhere on this site you can read more about this remarkable lens and see pictures taken with it.

Checks to perform when buying an M2

Here is a nice video off YouTube to show what a Leica M2 looks, feels and sounds like!