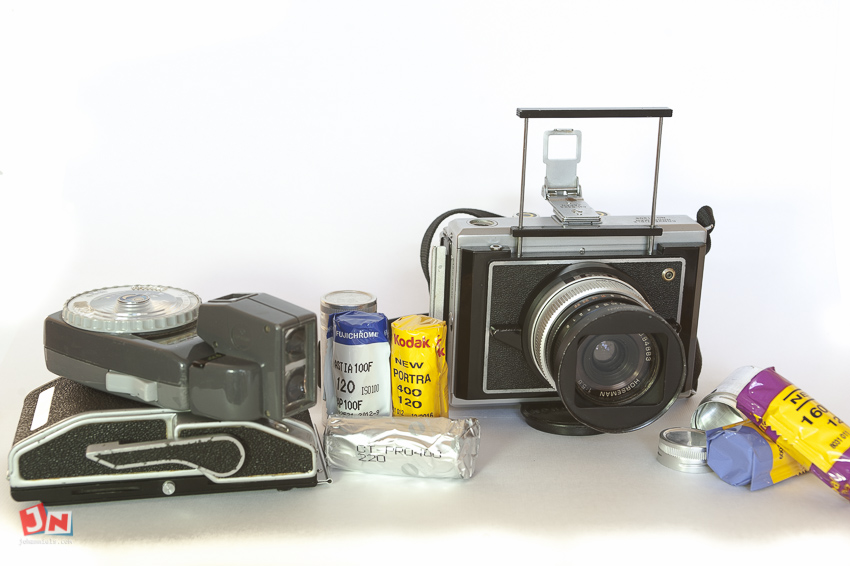 The Horseman Convertible 842 camera was made in the early 1970s. This Medium Format camera with a 62mm wide angle lens was a novelty. It equals a 32mm or even a 25mm wide angle in the 135 format! The camera remains a rarity to this day, sometimes these cameras surface on eBay or on camera shows. Judging from serial numbers on the lenses, there were less than 5,000 cameras made.

Currently I own 6×7 film holders in 120 and 220 film format, and a 6×9 magazine in 120 film format. The image below only shows the old-style, camera matching film holders, but the newer models fit the camera too. Those are black, and have the advance lever on the top side of the holder. But, I prefer the old-style film holders…

The Horseman 842 Convertible. Shown here with the wire frame finder up, the 6×9 magazine installed and the 6×7 magazine with the camera.

I’ll be extending this article regularly, since I truly love my 842. It has a typical rendering that has given me many sharp and crisp images, and the 62mm lens on a 6×9 film holder corresponds to a 25mm in normal 135 film size. With a 6×7 film magazine installed, the camera’s angle of view corresponds to about a 32mm lens on 135 film. Imagine that! These are impressive specifications for a very lightweight and very well-designed camera. The current Horseman or other brand made equivalent wide angle medium format cameras are hard to find and always a lot more expensive. As an indication, I bought this camera for under USD 500! 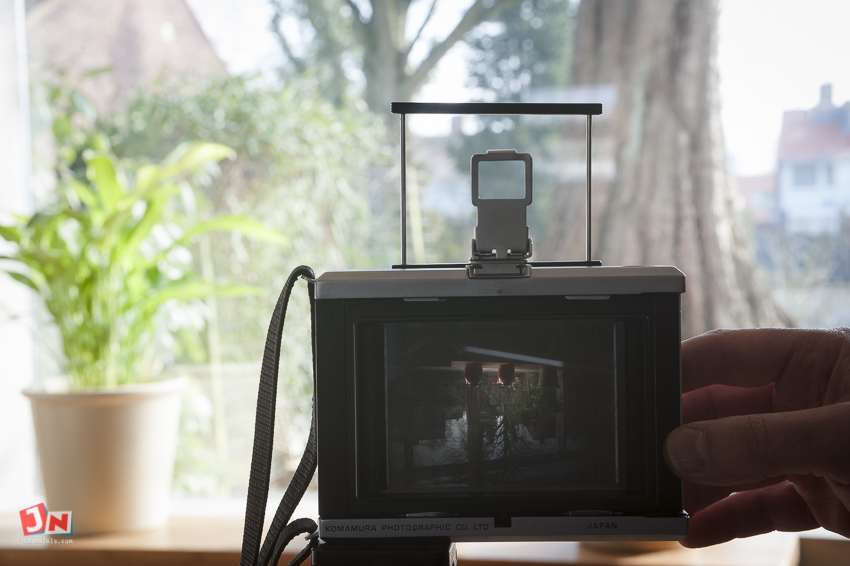 I have a ground glass with this camera and with the shutter open, I can use it for critical focus! 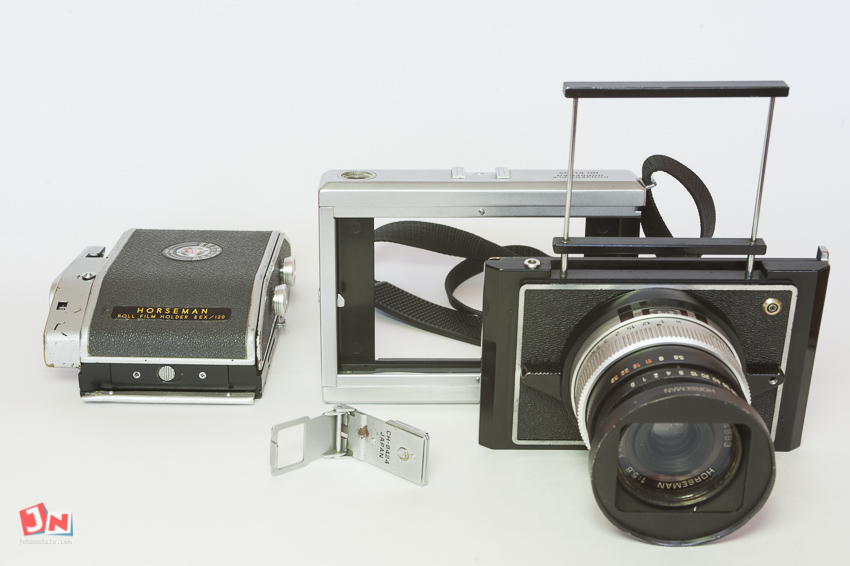 The camera consists of a basic frame, the lens on a detachable lens board, a film magazine with dark slide, the lens hood and the finder. 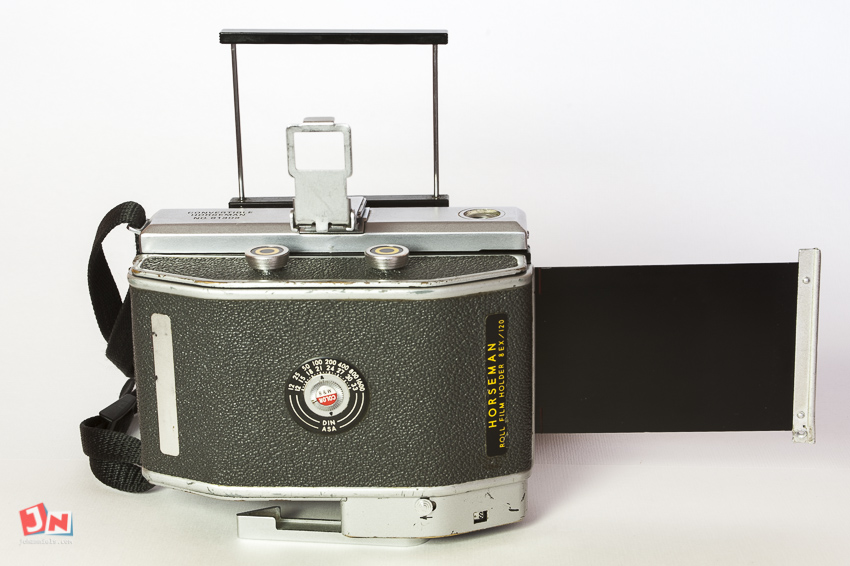 When you install the film magazine and get ready to shoot, don’t forget to pull out the darkslide or all your efforts will be in vain… 😉

And yes, that is the correct way to attach the magazine, or the viewfinder and the film transport lever will collide!

And this article will be extended more considering I love this camera. In fact I love it so much, I bought it twice! Really! 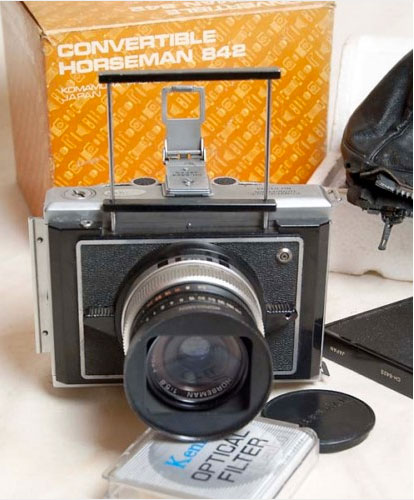 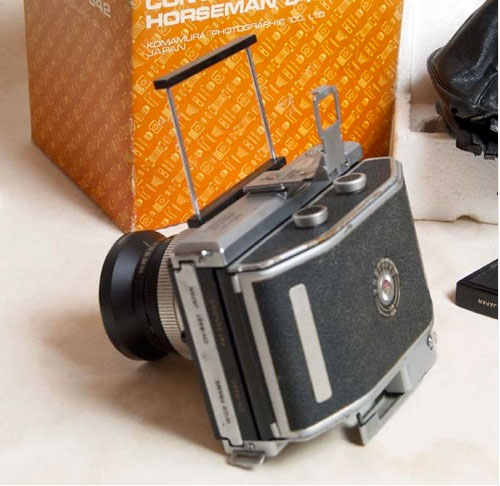 I took these two screen prints when I first bought the camera in February 2011. 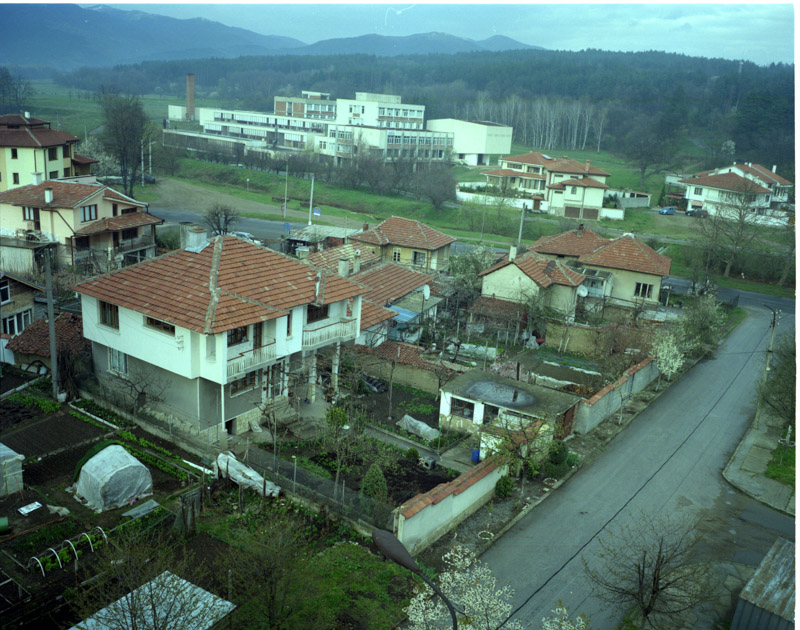 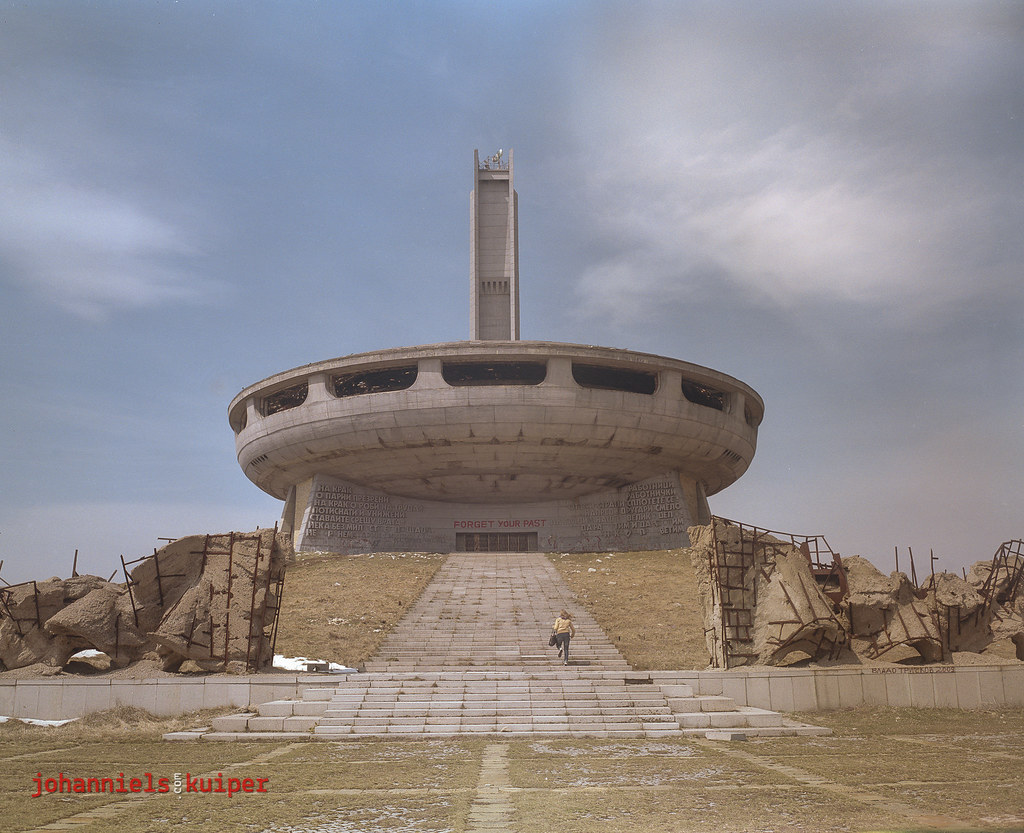 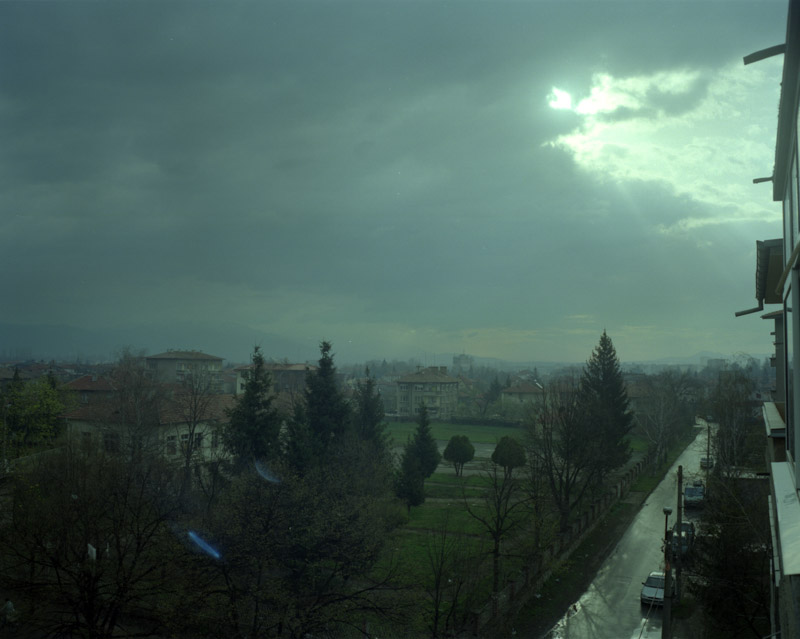 Me shooting the Horseman Convertible 842 off the Park Inn Hotel’s 44th floor, at Alexanderplatz. Photo courtesy of Lem Chanyungco, Berlin 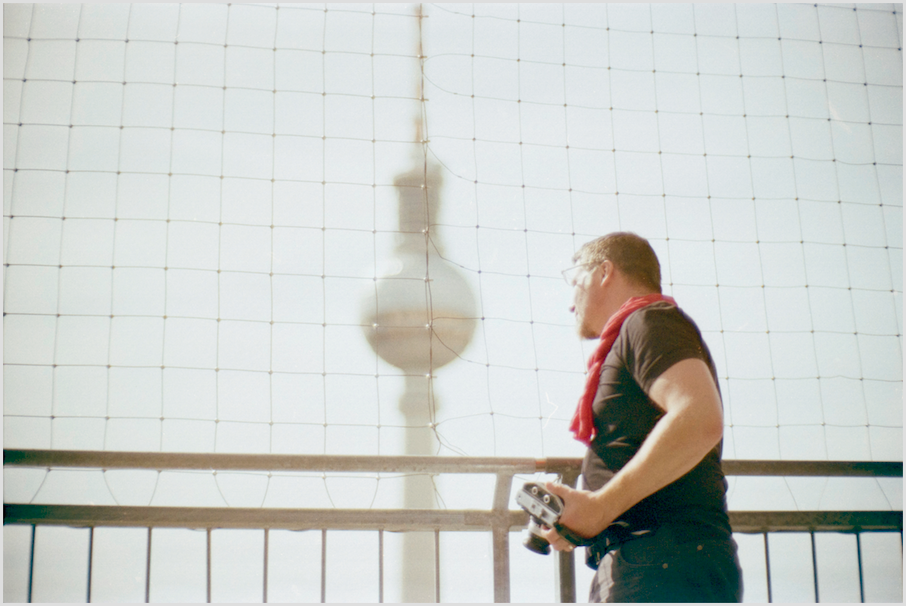 Me shooting the Horseman Convertible 842 off the Park Inn Hotel‘s 44th floor, at Alexanderplatz. Photo courtesy of Lem Chanyungco, Berlin 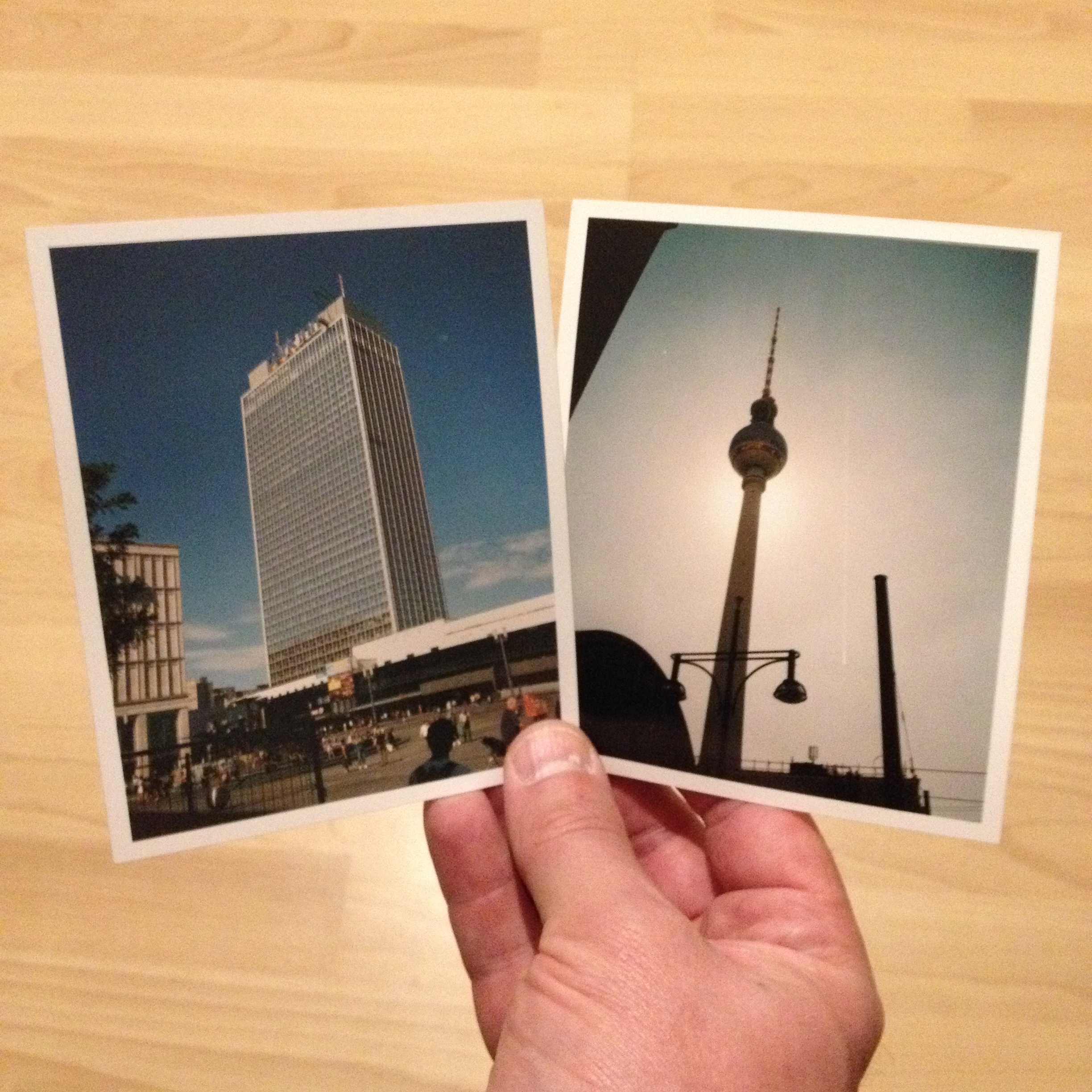 September 2018. Just a few quick snaps from the prints I got from Pixelgrain in Berlin. Konica Centuria 400, in 220 format. 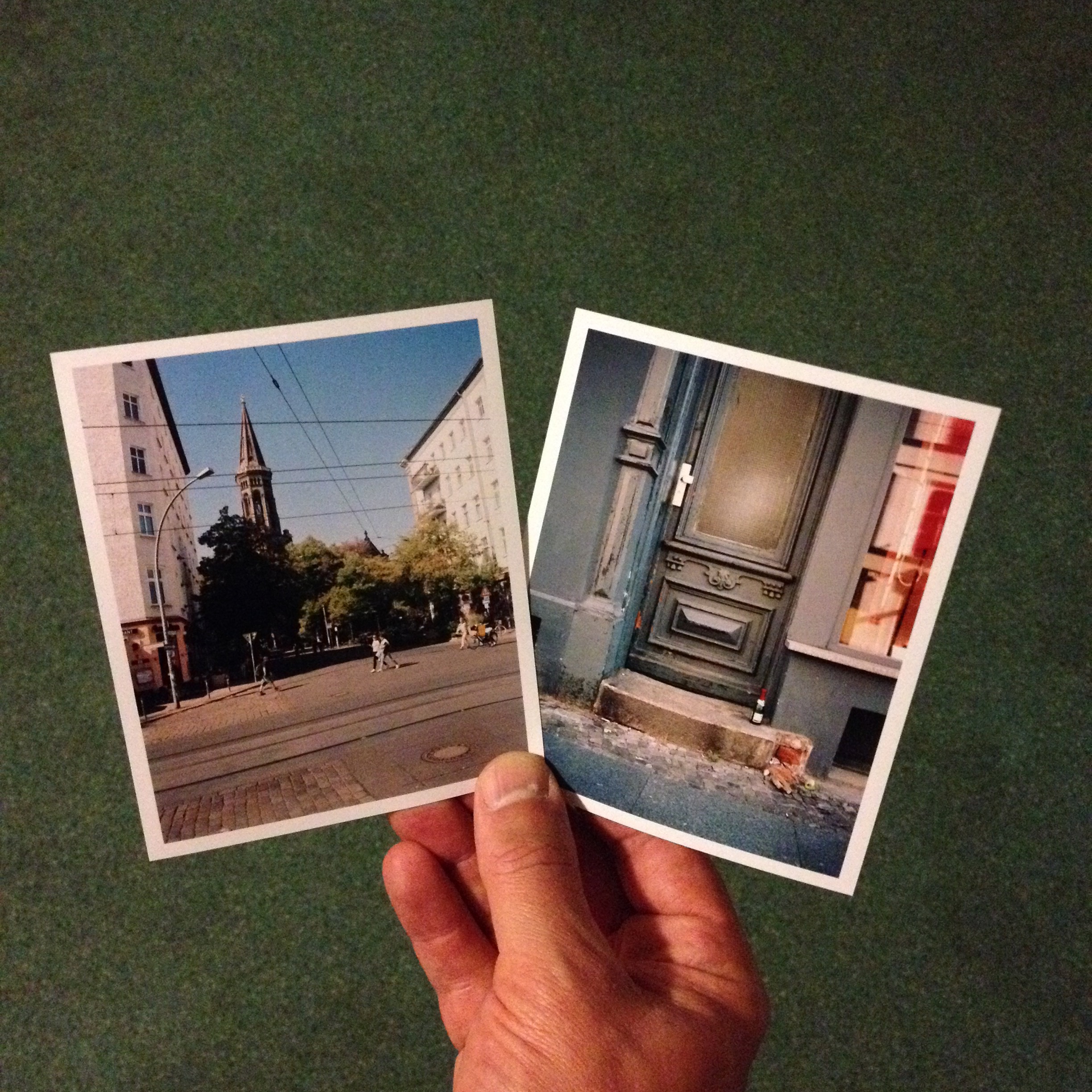 September 2018. So nice to have really good prints in a few days, that’s not possible where I live anymore… Konica Centuria 400, in 220 format. 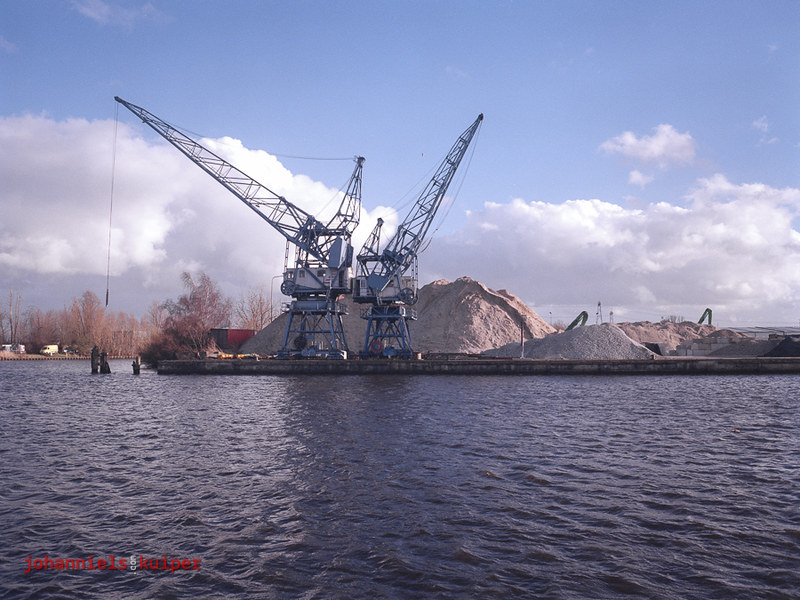 This page will function as a portal page (like my Konica Hexar page) and contain all kinds of info and links on the Horseman 842 Convertible.

This video clip shows the wrong way to attach the film holder: the viewfinder frame cannot be used when the

film holder is attached with the advance lever top-side!

All images copyright © Johan Niels Kuiper, Assen The Netherlands. None of the images shown here may be used without prior written permission. Sharing is allowed with a back link to this site and with referring to my copyright. But re-printing, re-mixing, re-posting or any other use without prior consent will be considered an intention to purchase a licence to do so, at the price of EUR 3,000.00 for which amount you will be billed.