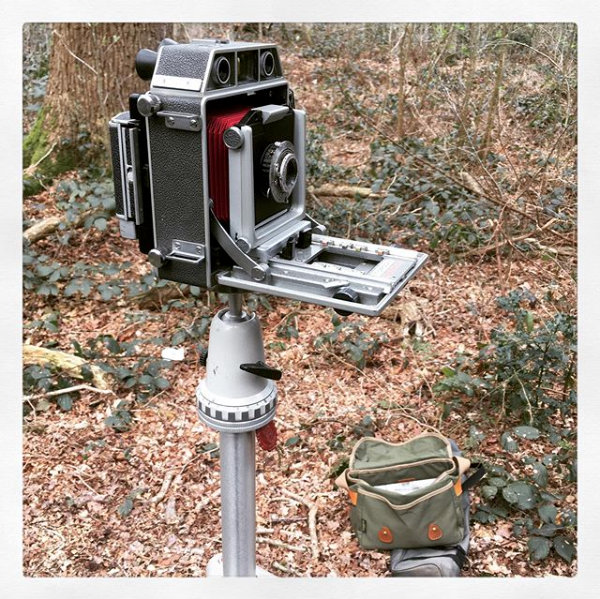 Medium Format is the bee’s knees for film shooters. It’s where you can shoot film and rival the image quality from digital files, while retaining the signature lower contrast film look. And did you know that 6×7 is the designated press and artist’s format! This article extensively discusses your 6×7 options!

What’s the deal with 6×7 medium format?

The format was dubbed ‘The Ideal Format’ back in the 1960s and 1970s and that name stuck for a long time. But why?

Well, the aspect ratio of 6×7 centimeters and 4×5 inches, or 8×10 inches for that matter, is similar. Where 4×5 inch was the entry level size for quality work for a long time, 6×7 aimed to take that position from sheet film by on the one hand offering the ease of use of roll film while at the same time reducing costs for film and developing, and on the other hand allowing people to make the switch without having to set up all their equipment and photographic paper stocks anew. 6×7 centimeters allowed people to carry on in the tradition of photographers like Edward Weston (who only shot 4×5 inch briefly before upsizing to 5×7 inch), press photographer Weegee and even Ansel Adams. That was both the practical and the economical aspect.

But, what about the aesthetics aspect? Well, we’ve seen already that with similar aspect ratios, it was easy to pass 6×7 frames off as 4×5 inch or even native 8×10 inch shots and also pass yourself off as a fine arts photographer along the way. But what is the relevance of that in modern times? Those of us that come from the era of film photography and prints are used to seeing the 2:3 aspect ratio of Leicas and the 1960s-onwards SLR cameras, APS-C and ‘full frame’. Also, the relatively young Micro 4/3 cameras have 3:4 aspect ratio. None of those are quite the 6:7 aspect ratio. Same time, the wildfire of smart phone aspect ratios nowadays greatly erases that in younger generations. They grow up with the 16:9 wide angle aspect ratio of their TV or smart phone screen…

And apart from all this, Medium Format 6×7 is also a heck of a lot bigger than regular 35mm negatives. Leading to less enlargement for big prints, which translates to better sharpness in prints. That’s the quality aspect of choosing 6×7 centimeter as your format.

How to distinguish yourself amongst all those shooters and images? How do you stand out from the crowd? Well, there’s the square format from the Rolleiflexes and Hasselblads. Personally, I’ve always found it hard to create interesting and enticing compositions in square format. I love Rolleiflexes but to be honest I s*ck at shooting them. There’s no way to sensibly apply the Rule of Thirds or the Golden Ratio in creating a composition with a square image. As a result, my images often are boring when I shoot square format… Oh well.

So, when you want to stand out with not only the image content but also its dimensions, 6×7 (or 4×5 inch or 8×10 inch) is the logical choice. And honestly, the 4×5″ and 8×10″ large formats are very very nice and offer ridiculous resolution and sharpness as well as very limited depth of field if you need it, but they are more cumbersome to handle and all your expenses go up as well.

OK then, what’s to choose from?

And why then isn’t everybody shooting it, you might ask?

Well, there are currently no new cameras on the market that can deliver this aspect ratio. The most recent camera that can do it is the Fujica GF670. It’s a folder rangefinder, and it debuted in 2010. And although its image quality is pretty spectacular, it’s expensive. Actually, 6×7 centimeters is a thing of the past in camera production. The ‘Ideal Format’ seized to be ideal to the camera buying masses, and therefore is less than ideal to be produced at all.

This means your options are limited to models that were sold as long as 50 years ago, although most 6×7 cameras are much younger than that.

When getting into 6×7 medium format, your options are limited anyway. There weren’t even that many models made over the years. In fact, there were so few models made that this article can cover most of them, and that’s what it does!

When the above has got you wondering on what your options are, read below where you can find the majority of affordable 6×7-capable cameras in just three tables.

Personally, I’m a sucker for press gear. It’s the epitome of cool, those beat-up, hard as a rock cameras that churn out excellent images despite the technical flaws they acquired on the job, because the shooter has the skills and the guts to get in the thick of the heat and shoot the heck out of it. So, press cameras in 6×7 are here!

So there are some of us that prefer to see in the viewfinder just what’s going to be in the frame, and what not. Like, a 100%. If you’re that kind of shooter, you need an SLR in 6×7 since it will allow you to look through the lens when shooting. Luckily, there’s some options here for you too.

In the final ‘Odd-ball’ category I have accumulated some cameras that are affordable and get you into 6×7 pretty cheap. And yes, there’s a list of expensive options too but I decided not to research those fully, instead list them below. So if you’re looking to burn cash rather than save it, look below the ‘cheap options’ Odd-ball table! Sensible folks read on slowly, it’s about the image, not about how much you spent to shoot it, right? 😉

Need to spend a fortune?

Get your kicks below, there’s a number of options that break the bank to acquire but darn I gotta say there’s some nice stuff in there for sure!