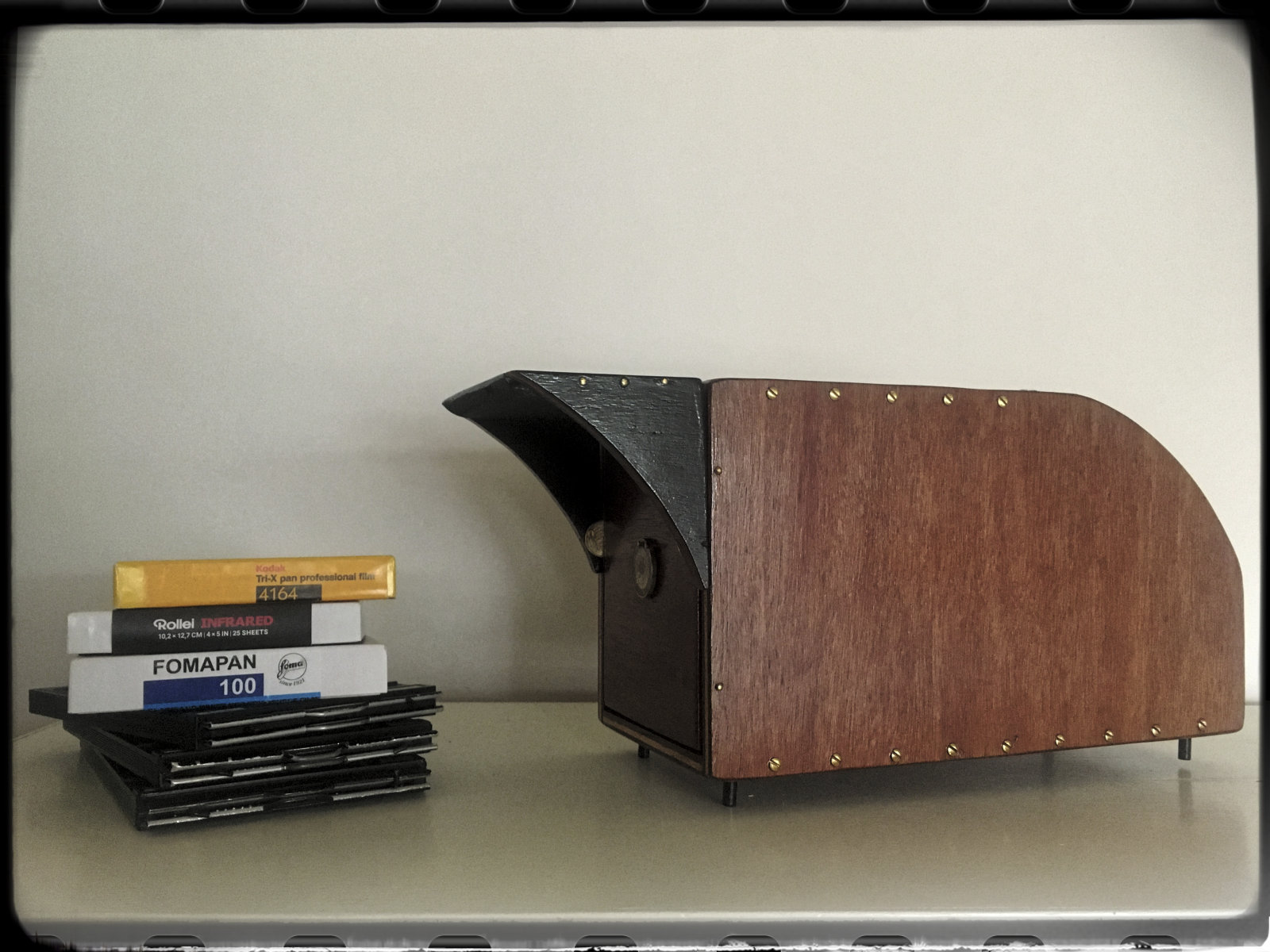 Pinhole photography had intrigued me for quite some time before I finally decided to build my own camera. 

The book now is out of print and my copy I cannot find, I may have lost it in a house move…

German photographer Sven Nieder walked the Camino to Santiago de Compostella twice, the first time packed with a camera and multiple lenses but he quickly found that to actually enjoy the walk, he needed to let go of the photography aspect because both activities were out of sync.

The second time he walked the stretch, he took a pinhole camera with him because it suited the pace of the walk. Shooting a pinhole camera takes time and allowed him to take a rest when shooting, or taking a shot when resting.

It is that slowness of shooting, the dreaminess of the images and the subsequent ability for the viewer to find their own story in a pinhole image that drew me towards it. But, lots of other things happened, I was real busy until I wasn’t (burn out) and then I had time to think things over and start again. My photography took a different direction altogether as a result.

Down the rabbit hole, euhm, pinhole that is

Finding a suitable pinhole wasn’t easy though. I wanted a camera that looked rugged and would be okay with a used one but those still were either expensive or located overseas, making them expensive after shipping and import taxes. So in the end I decided to make my own, having seen enough design features that others incorporated in their models.

I started out with a simple box design that could fit the film holders. Not that hard really. I had wood cut to size and all I planned to add was the simple contraption in the rear that would force the film holders against the light trap, made from simple black sheep’s wool felt. I then decided to round the rear end of the sides and once I had the basic shape of the ‘tunnel’ and was sitting down with a glass of whiskey, I decided that I really liked the rounded rear end!

But, something was nagging: it would be really cool to have the shape ‘echo’d’ at the front! So, return of the cut parts from the scraps heap, never discard anything until you’re convinced you’re done! I crafted them into a lens hood that fits the rear of the camera and clips onto the front end. This way, my personal pinhole 4×5 inch camera was born, I named it ‘The Lartigue’ due to its distinctive forward leaning profile!

I like stained wood, black paint and brass on my cameras so this one has that same look. All the screw heads are tilted to the same angle, it’s those small details I like on a camera, that signal the thought that has gone into them. I used a British coin as the ‘lens cap’ and three brass 10 cents euro coins with a brass screw to have them pivot on are connected to the hood. Swung one way they help fix the lens hood to the rear, swung the other way the clamp into a groove between outer shell and ‘lens board’, so the hood clips onto the front.

I’ll put some images of the build up on Flickr and link to them later. In case you feel inspired. Sizes and dimensions aren’t all that important with pinhole, the hole is so small that basically everything will be in focus if you keep sufficient distance between pinhole and film plane. For the coins to clip the hood, use any coins you like and make sure they clamp into the groove between the body and the ‘lens board’, cut the board to size so they do.

For the pinhole, I used a piece of aluminium from a coke can, cut it to size, burnt the paint of over the gas stove (metal turns nice flat grey) and used a simple pin and a hard wood block to stick a really small hole in it. Hold up close to your eye and if it’s nice and round, you’ll see no burrs along the edge. See a burr? Try again with another piece of metal! My third attempt was good already.

I sandwiched the metal between two pieces of wood. How to tell the size and angle of the holes in the two pieces of wood? Imagine the location of the pinhole and imagine rays of light running through there. They should have an unobstructed line of sight from infinity to the edges of the film holder in the rear of the camera, and you’ll be good. Made the holes and their sloped angles in that way myself and firmly glued the pieces of wood together.

Of course the proof is in the pudding. And I got to tell you up front, if you’re expecting a sharply rendered, crisp image, you just might have the wrong expectations of a pinhole altogether. On the other hand if you’re well aware that images will mostly be fuzzy, low contrast and may have imperfections to them and you’re actually looking for that kind of true images, pinhole is your thing and will no doubt inspire you to go out and use a pinhole camera.

PS for anyone that did not instantly recognise the name ‘Lartigue’, click this link to see what this pinhole camera got its name from…