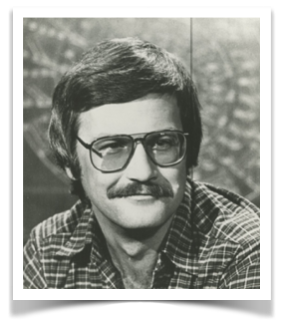 A few days before I had overheard my parents discussing the arrest of my uncle Jan C. Kuiper in El Salvador.

His four-member team was working on assignment from Dutch broadcast organisation IKON to report on the upcoming elections in war-torn El Salvador.

The Salvador military had found a note on the dead body of an FMLN rebel fighter, which had the contact data of Koos Koster on it, one of the four Dutch reporters. The government decided to have  the four Dutchmen arrested, as a warning to them and all other nosey reporters in the country.

The arrest had seemed to end good, the team was released from custody after 24 hours. They reasoned that their arrest would generate safety for them since it had received a fair share of attention in the press, both in El Salvador and abroad. That was a misconception.

On March 17th, 1982 they moved into rebel-liberated territory, to film what the upcoming elections meant to the civilians living there. As they moved to cross a small valley, they were killed by gun fire from national guard soldiers.

According to the military the four were caught in a shootout between soldiers and FMLN rebels but there was evidence of an hours-long presence of the soldiers in the area before the reporters and their four-man escorte passed through the valley. An ambush in which the lightly-armoured four men escorte and the four reporters, who carried cameras, tripods and backpacks, were killed.

In spite of large international interest and an official inquiry by the Dutch government, some stones were left unturned and the final truth never was uncovered. March and April of 1982 were filled with newspaper articles, evening news items, a memorial service at the Dutch national Mediapark and an equally busy memorial service in an Amsterdam church and eventually a burial at the Zorgvlied Cemetery in Amsterdam, where my uncle Jan lived whenever he was in The Netherlands.

Every year again the date creeps up on me. It’s like the old prank we used to pull in high school where you walk behind someone and lightly jab them behind the knee while walking. Just a small jab and laugh when somebody nearly lost his balance or even went down completely.

In my calendar I can obviously see the date approach. Whenever it gets closer and I see March 17th there’s that flash moment of remembrance but then there’s the calendar entry to be made and that’s that. But whenever it’s the 17th itself, there’s that jab behind the knee, that injustice from thirty three years ago that never was put right. And this years March 17, I went down completely. Spent the whole day walking around stunned.

On March 13th, 14th and 15th I contributed to a manifestation in Assen called Europe’s Frayed Borders. During the 2014-2105 season we conducted eight Skype interviews with women from border countries of the European Union, conversations on human rights, equal rights for LHBT people, minorities, social integration, democracy and the State of Law, etc. Now, the eight had come to Assen to participate in the final manifestation. They met ordinary people and the mayor from Assen, the Ambassador of Ukraine to The Netherlands, several honorary consuls, they spoke with European, national, regional and local politicians, fellow human rights activists from The Netherlands, they spoke and dined with the foreign Minister of the Netherlands mr. Bert Koenders, and had conversations with many others.

Very valuable days, packed with workshops, the International Filmfestival Assen, the Minister, dinner at Xapoe restaurant, etc. All in all a compact microcosmos of information, impressions, emotions and more.

What hit me most on this years March 17th is that 33 years later we still have to fear injustice, fear for the State of Law (Russia!) and that still ordinary people have to do un-ordinary things such as stand up against their own governments since those governments have made a policy of injustice, and lie about it.

fighting for a world in which freedom, equality and fraternity will prevail! 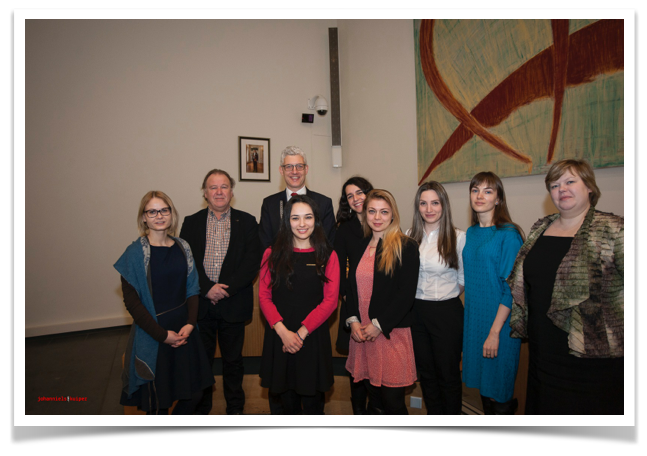 Seven of the women with alderman Ruud Wiersema (L) and mayor Marco Out (R).